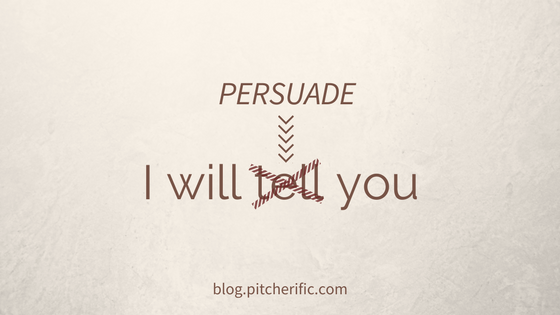 This is the third article in a series of six for companies that wish to implement an effective and positive form of communication into their organization and to enhance employee training for sales and meeting situations.

Through our busy days, there is stuff to consider all the time. Some come as questions, where you can either engage in something or decline the request. Many questions we consider with much thought, but most often we are unaware of, what makes us more likely to say yes.

Based on the research of Robert Cialdini, Professor Emeritus in psychology and marketing at Arizona State University, this article elaborates on six factors, that makes us say yes. This knowledge is useable in situations, where you interact with people in the attempt to make a sale. But it is important to say, that these aren’t methods for doing unethical business but instead great tools to persuade people in a sound way.

Reciprocity: When you give something to someone, they feel like they are in a kind of debt to you, thereby wishing to give you something back, that corresponds to what you have given them in the first place.

For instance, if you have invited a friend to your party, he feels obligated to invite you to his party the following weekend. In a social context, people are more likely to say yes, to the ones they feel they owe something.

Studies have shown, that waiters who gave the customer a mint when handing them the check gained 3% more in tips. And if the waiter gave away two mints, they got a smashing 14% more in tips. The more the waiter gave, the more he got in return. If they waiter adjusted and did things a little differently, starting off by giving one mint before returning to the table to hand them another, explicitly telling them: “Here is an extra mint, because you are so nice.”, he got as much as a 23% increase. It is not just about what you give, but also how you give it.

You should aim for being the first one to give and next, that what you give should be personal and unexpected.

Scarcity: People want, the things that there are less of. For instance, when announcing the retirement of the Concorde the number of passengers rose to new heights. You shouldn’t just tell about the benefits of your product, but also why it is unique and what the customer could miss out on if they don’t buy.

Authority: People have a tendency to follow credible, knowing experts. For instance, people in uniforms can make other people do all kinds of stuff. It’s about showing your authority, before trying to persuade your customers to buy.

But you shouldn’t tell them, that you are an expert, yourself. Get others to point at you as an expert. science show, that it doesn’t matter, if the person you get to do it, has a strong connection to you, or that you both benefit from the situation. For instance, some realtors have tried getting their receptionist to tell new customers about the realtor’s credentials and expertise before they connected the customer to the realtor. It led to a 20% rise in the number of appointments and a 15% rise in the number of signed contracts.

Consistency: People like what they do, and what they have always done, the best. They don’t like changes that much. Ask them to do small commitments, a little at a time, that will take you longer than asking for a big change right away.

In an experiment that took place in the US, they asked people to put up billboards on the front lawn with the message to drive safely. The response wasn’t very good. But just a couple of roads away they tried out asking for people to put up a smaller sticker in the kitchen window two weeks in advance of asking them about putting up the billboard. Here the response was four times greater than the first place.

Liking: People has a tendency of saying yes, to the people they like. There are three primary factors for getting a person to like you:

That’s why, it’s a good idea, to talk to each other about what we like and try to get to know each other before making business. It increases the possibility of making a deal. And the compliments should be real, or else the other person will see right through you.

Consensus: People look at what other people do, to find out what they want to do themselves. If you are honest about, how other people use your product, others will follow. Don’t point to yourself, and what you do, point to other people who is like the customers and what they do.

My big interest is to better the communication between people. I hope my background, combining studies of Comparative Literature and Journalistic Communication, where analyzing the great stories and learning how to tell them, becomes handy.