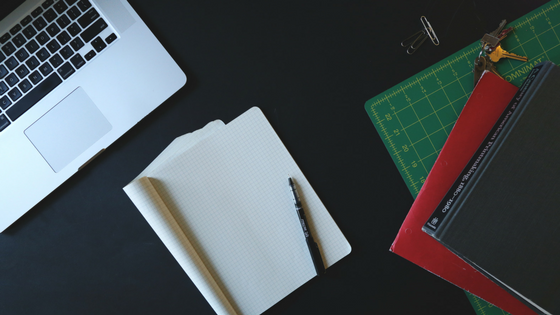 Writing a pitch is different than writing an article.

It might take a little while to get the hang of writing like the way you speak. Don’t worry, practice makes perfect, and you’ll get there, but the first couple of tries can be a challenge. This article is made to help you speed up the process of writing the pitch as you’re going to say it.

“Woah, hold your horses – why should I even write the pitch as I’m going to say it and not how it looks good on paper?”

Because if you do, you’ll feel a lot more comfortable saying the words you actually want to say. Try taking a textbook of some class you had in school and read it out loud. I’m willing to bet, that some of it is difficult to say out loud fluently. That’s because the languages you use in writing and talking are different. And the other part is, if it’s hard to say, it’s hard to listen to – and that’s bad for whatever your goal is with your pitch.

So here’s our crash course on writing a more mouth-friendly pitch text.

Instead of commas all over, use more full stops. Use dots instead of commas once in a while to shorten your sentences. Short sentences are easier to remember and to say with an emphasis in the right places, so you’ll have an easier time articulating your pitch. If a sentence is longer than a line on your paper, a good rule of thumb is, to consider breaking it up into smaller ones. Also in the shortening-the-sentence-department is interposed sentences. You know, sentences within sentences. They are killers for oral presentations and pitches. Weed them out!

Move the weight and be active

It’s nonsense to believe in extraterrestrial life in the extent that such beings have visited our planet and thus shown supreme intelligence.

That’s a sentence with the weight up front – that’s a good thing – compared to weight in the back of the sentence.

To believe in extraterrestrial life in the extent that such beings have visited our planet and thus shown supreme intelligence is nonsense.

It’s hard for your audience to keep up with you with the weight in the back of the sentence, and although I’m no gambling man I’d also bet that you’re more inclined to say the first version of the sentence, if you were having a regular conversation. Except for the phrases ‘thus’ and ‘in the extent’ of course – those belong in writing.

Say it out loud!

To be honest there’s no way around it. The most foolproof test to see if your pitch is easy to say out loud is to say it out loud. Preferably said to someone. Practice with your significant other, your parents, your mates, your dog even. If you want honest feedback stay away from the dog, though. Our tool is great for practicing saying your pitch out loud with a teleprompter feature, but if you’re more into pen and paper go ahead and do that – whatever makes you more comfortable. But say it out loud. It helps.